What I liked: Once I realised that a smile and a hello went a long way here – people were amazingly friendly and compassionate towards each other.

What I didn’t like: The rubbish and the smell – sometimes it was just a bit too much. The noise was a close second, but I did end up getting used to that.

What I wish I had known before I got there: To turn Roaming on before I left Australia. Internet is hard to come by – you can’t just buy a SIM card, and wifi tends to be restricted to people with Indian phone numbers.

Best hack: UBER is awesome! They turn up almost instantaneously, are cheaper than taxis and autos (rickshaws), and you can use the app to break through the language barrier

And for the rest…

Firstly, let me tell you that Bangalore is known as the Silicon Valley of India. It’s growth in IT related fields, and overseas interest (such as ANZ Bank, Google etc) is unprecedented! The city has without a doubt fully and completely outgrown its infrastructure and even its governance. 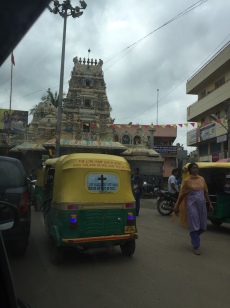 However, saying that, Internet was not easy to access. It may have been at mainstream Hotels, however as we were staying in a residential complex via Airbnb, this was not initially available.  Pretty much all access to Internet is cellular in Bangalore, I think they just don’t have the time to try and build a cable infrastructure to support the demand. This did mean that at restaurants, if there was heavy use of the cell network, we would need to try around 8/9 times to process our card payment as the machine would just timeout trying to make a connection.

When we booked our Airbnb accommodation, the fact there was no WiFi was not a concern, as friends had told us to get a prepaid SIM and use that. 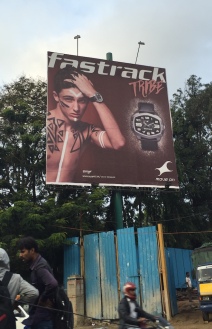 Things have changed a little over the last few months – now if you want to purchase a SIM you need the phone company to approve your purchase (which includes coming to your place of residence to visually confirm you reside there), to then having the Government approve your application. All in all, it takes a Bangalore resident around 5 days to get a SIM – for us, it could have been longer.

Wifi at restaurants was another option, but this too was difficult. Owing to the fact that there was no ISP to track any illegal (or other) behaviour, you are required to enter a Indian phone number. 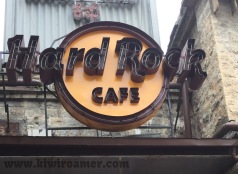 Enter The Hard Rock Cafe – free (albeit patchy, but tbh all cellular based Internet in India is) and able to use your overseas mobile number to activate (you need to have roaming turned on, so you can receive text).

While we were in Bangalore, The Times of India highlighted the conflict that was ongoing with the rubbish removal contractors and the Government, which was resulting in piles and piles of rubbish around the city; but at the same time spoke of a 40% shortage of Government workers (including Doctors, teachers, administrators etc).

The smell was pretty bad, and given that the pavement is pretty non-existent, bought a whole new meaning to urban adventuring.

Bangalore definitely took its time to grow on me, it is such a juxtaposition to a city like Melbourne – and its level of organised chaos (DO NOT HIRE A RENTAL CAR IN BANGALORE!!) was initially incredibly overwhelming. But after a week, and doing as the locals do (which is really the reason we travel) we feel into an easy rhythm with the Garden city, and could see the warmth of the people, and the fierce pride in all that Bangalore is becoming.