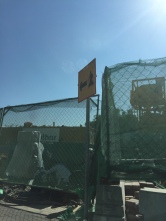 So, lets be fair, for many of us, Doha had not been known as a first choice destination.  To be honest I had to quickly google where it was when our travel agent let me know what the transit home-port would be for Qatar airlines.

The State of Qatar is a small county in the half way down the west coast of the Arabian Gulf.  Arabic is the offical language, but english is widely understood, Islam is the official religion of the country, and Shari’a is the principle source of legislation.  According to figures released by the Ministry of Development Planning and Statistics in April 2016, the population in Qatar was 2,559,267.  Much of this population is made up of migrants, with one rumour we heard suggesting that there was only 600,000 “Qatari’s” in the country. 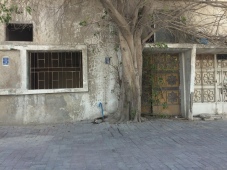 Doha is a city that is humming 24/7 with the sound of construction – it is a city that seems not quite built yet.  They are preparing for the FIFA world cup 2022, and for these soccer mad people, they are determined to put on a show for the world!

Qatar is a rich country, and expensive to be in when you are on a shoe string budget – I nearly cried when I found out how much the beloved’s glass of Mango juice was (35QAR, equivalent to nearly $13 AUD).

The flag has an interesting story, with the Maroon and white being separated with a 9 point seated line which represents Qatar as the 9th member of the ‘reconciled’ Emirates of the gulf, after the 1916 Qatar-British Treaty.  The White signifies peace, with the Maroon symbolising the blood shed during the several wars that Qatar has been involved in. 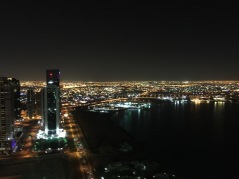 Like many Muslim countries, Alcohol is prohibited, along with Pork products.   Women are required to dress modestly, however there is no requirement for a Hajib or the like.  Loose trousers are acceptable, but it is wise to avoid shorts, short skirts, strappy/low cut tops, or see-through/transparent clothing.

There is a significant expat community here, and not just in the professional services.  Qatar is implementing significant infrastructure projects, a number of new stadiums and a railway network to connect many of the must visit locations that will be visited in 2022.  There are a number of interesting laws that govern expats, essentially outlining when and how an expat can leave their employer, and even the country.  It appears these may have been very restrictive in the past as there is a new law that governs expats due to come into affect in approximately two weeks time, which relaxes some of the rigid requirements with respect to leaving the country, capacity to leave contract before end date and the implementation of a new committee if your employer declines your request to leave the country.

I need to be honest, many of my stereotypes have been challenged here, there appears to be very little impediment for women to be able to become prominent and active participants in many professional fields here – and the men are not ashamed to be a caregiver to their children with many seen holding the baby/pushing the pram when the family is out for a walk/shopping etc. I am not saying that everywhere is like Qatar, but what I am saying is that I don’t think we always have the full picture in the West, even those of us who think we are above stereotypes.

I will, however, enjoy my glass of wine on the plane as we wing our way from Doha – somethings I just can’t give up for long.