Our travel agent recommended that we book in accomodation for Christmas and for New Years, and that given it is winter we could probably wing the rest of it giving us flexibility.  The decision to come to Krakow was originally third on our priority list, with Prague first and Salzburg second, but both had such prohibitive accomodation costs that we decided upon Krakow.  And I am pleased we did!

I am unsure if we could have had such a great week over that period anywhere else than we did in Krakow.  It is a beautiful city, which retains much of the old world architecture – it was pretty much untouched from World War Two, specifically it escaped any bombings.  My apologies to any history buffs out there, but in my laymen term, I think that there was one silver lining to early Nazi occupation in this respect.  Poland was under Nazi occupation well before the allied nations entered the war, so it was particularly interesting to hear the history of world war two from this perspective.  Not to diminish the horrors that were imposed upon the Jewish people, with this story being well told and well known.  Polish intellectuals (teachers, priests, doctors, lawyers etc) were rounded up from late 1939 after Germany invaded Poland, and were then taken to Auschwitz.  Auschwitz was formally a Polish town called Oświęcimski annexed by the Germans after the 1939 invasion and was subject to Lebensraum (living space) resulting in mass expulsion of Poles from the town. 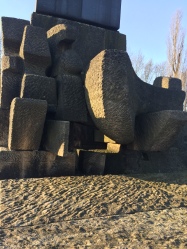 End of the line at Birkenau

Our guide, cutting a lonely figure at Birkenau 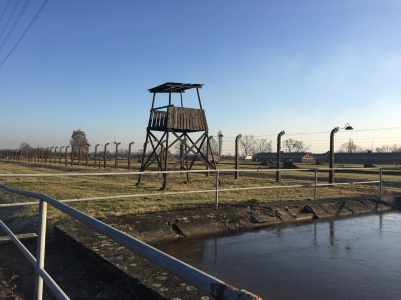 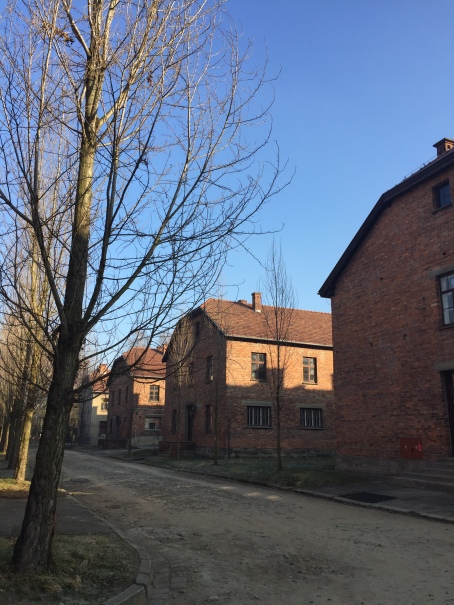 Auschwitz – start of the tour 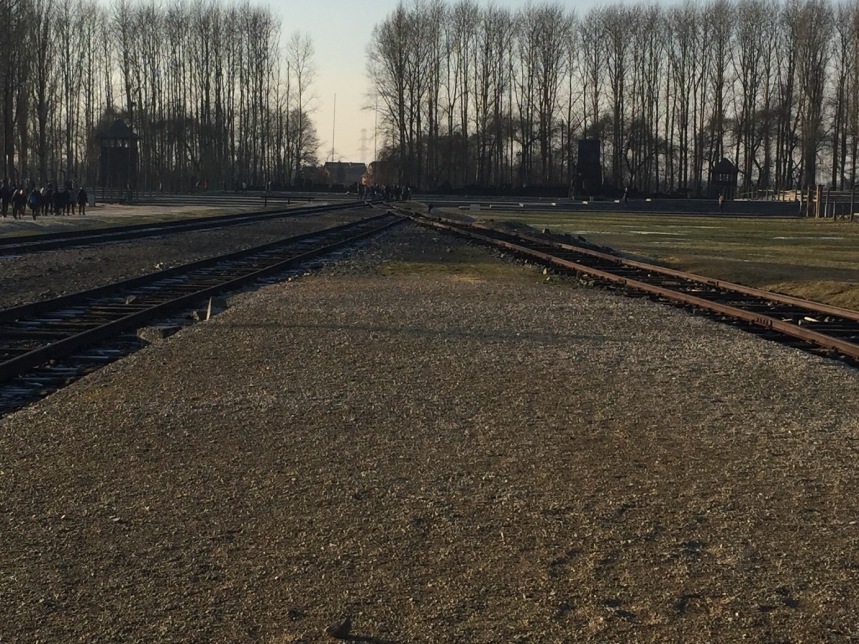 End of the rail line at Birkenau

To attend Auschwitz and Birkenau and see testament to some of the most horrific acts in modern history is a must, but it is not all that Krakow and Poland is.  There is so much more and I was entranced by what appeared to be an incredibly social and approachable people who were in stark contrast to that of what I had seen in Hungary.  It felt very much like “Never Again” was a stance in Poland, but not what defined them. 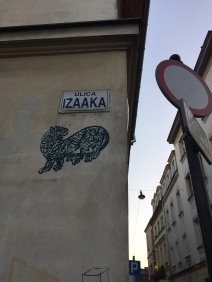 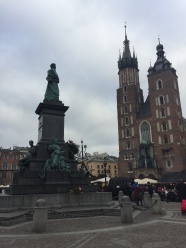 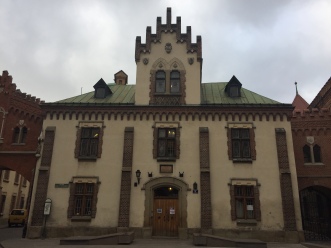 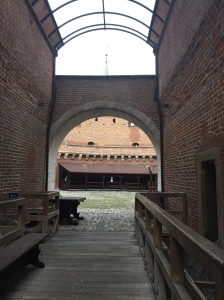 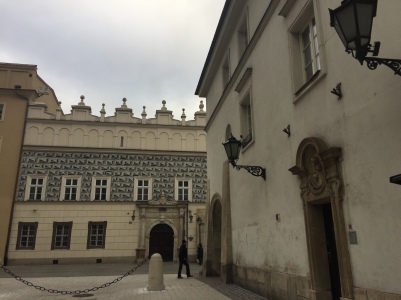 A king, made of salt 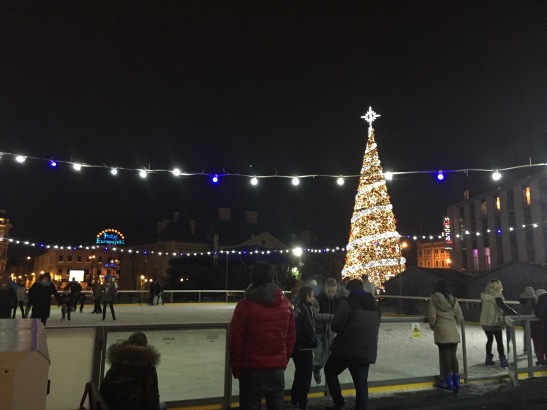 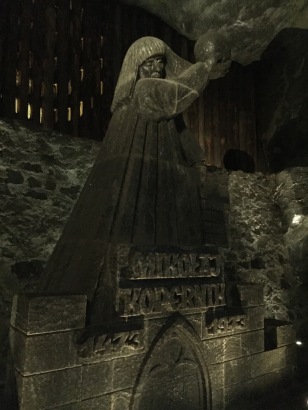 Copernicus made of Salt in the Salt Mine 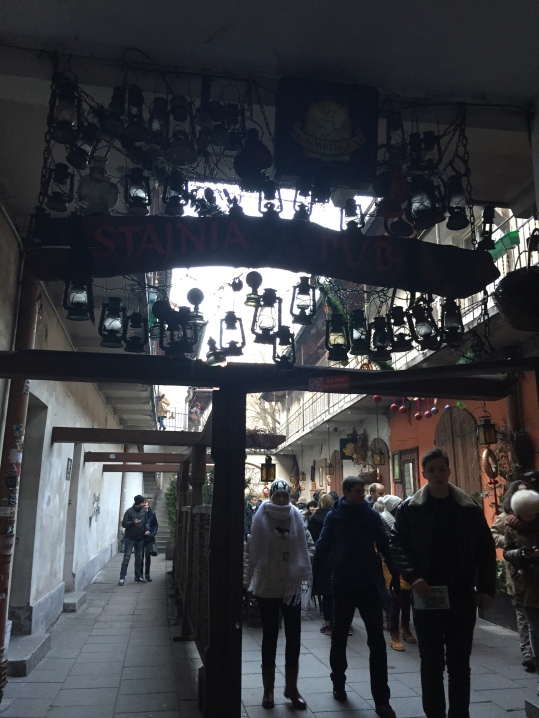 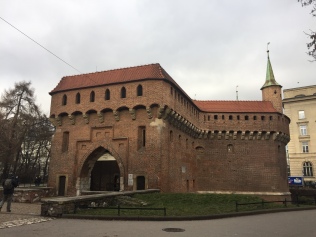 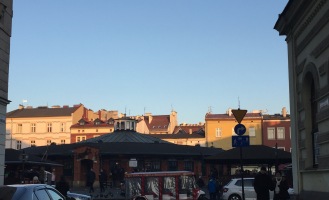 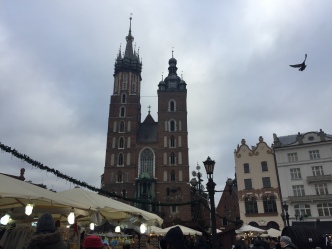 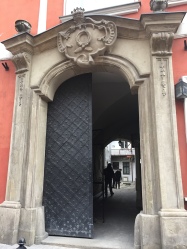 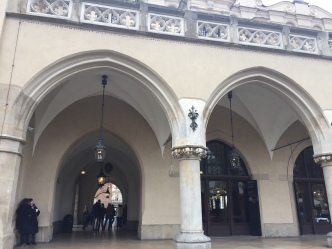 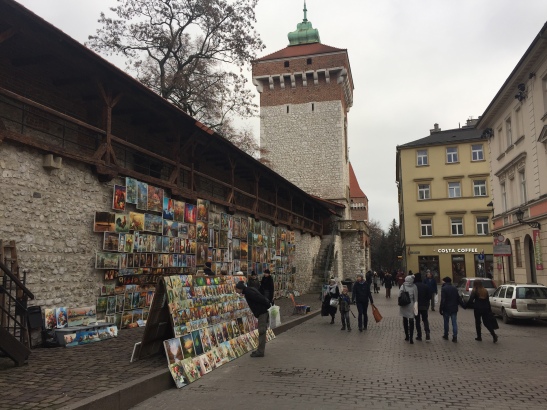 There are of course many sights to see, we only had a few days, so we did a quick tour via golf cart of the Old Town, the Old Jewish Quarter and the Ghetto, we drove past the many cathedrals and Basilicas, heard the story of the Dragon and its slaying, and managed to head to the Wieliczka Salt Mine, we explored, we drank vodka and we danced our way into 2017 – was just magical!  Our Airbnb was just superb, and right across the road from a great Polish restaurant that we would have eaten at every night if it was feasible.  From here, we were able to walk to many of the sites, and unintentionally were located in the rather “hip” part of Krakow. 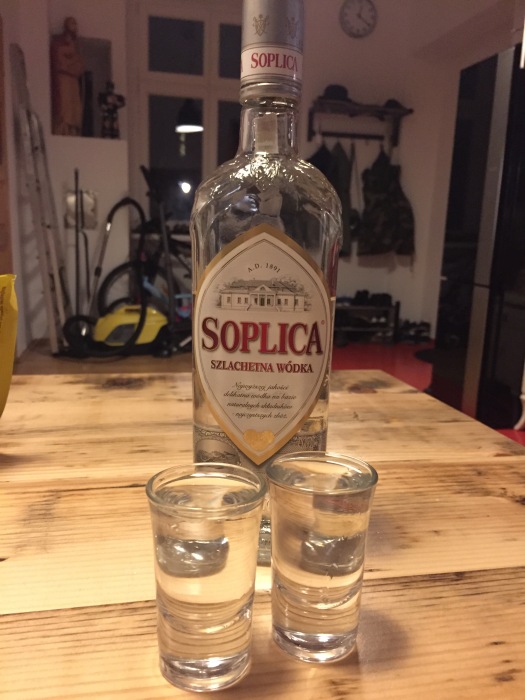 When in Rome, or Krakow in this case