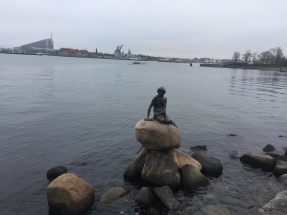 The joy of traveling around Europe by train is not only do you get a much needed day off when you are condensing as much in as we are, but you get a chance to write up your blog post while it is fresh in your mind.  Denmark is a beautiful part of Europe, and one that I am anticipating we will see more than just this once.

It’s a flat land, and it appears that you can span the country in the matter of hours using the efficient train network that exists.  Cycling has a big part to play in Copenhagen culture, with the roadways and public transport designed to support cycling.  Apparently, you could credit Copenhagen’s economic hardship mid 1960’s for its current cycling culture.  Essentially they were too poor to put resources into freeway’s and car related transport, and coupled with the less pragmatic reason that many of the town planning people and citizens of Copenhagen didn’t want to expand the motor network, Copenhagen is now a city amass with cycling lanes and bike shops on every corner. 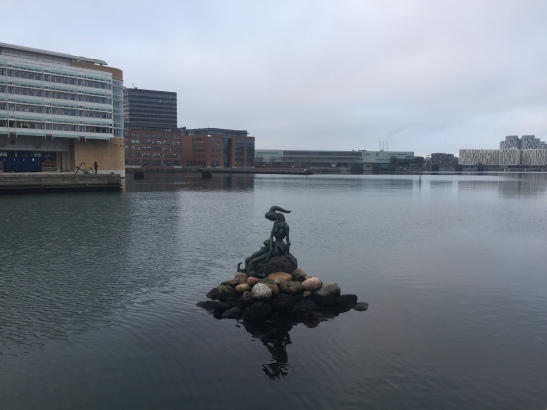 We looked to use one of the many cycling stations where you are able to pay to use a bike, however I found there was one curse to the physical stature that I hold – the Danes on whole are a rather tall bunch, and even with the seat down as far as it could go, I could not reach the peddles the full way through the cycle – so unfortunately, and with my bottom lip out, our main mode of transport around Copenhagen was on foot or via public transport.

On the public transport front, I found this, along with the majority of Danish goods and services incredibly expensive!  Comparatively a week of public transport within Copenhagen equated to just over $100 AUD (560DKK), and two cups of coffee (cappuccinos) costing just over $13AUD (68DKK). One exception to this was costs for entry to art galleries and museums – they ranged at around $30AUD for two people, which meant we were able to get a little culture outside of our Airbnb stay.

The two places that stand out in my mind were the visit to the Copenhagen Contemporary and the Viking Ship Museum in Roskilde.  The Beloved had heard that there was an exhibit by Céleste Boursier-Mougenot which involved 44 pairs of Zebra Finch (native to Australia) enclosed in a room which had various electrical guitars placed around the room.  As the Finches landed on the strings it created a cacophony of sound, which was purely delightful! Seeing these lovely birds attempt to make nests in the strings of these guitars, and seemingly oblivious to the cause and effect with the resulting noise was pretty special.  Added to this was the delight we experienced when we became aware that we were indeed part of the installation, as our movement around the exhibit was bound to have consequences on the bird’s flight – came out of the exhibit feeling a mixture of peace, delight and amazement. 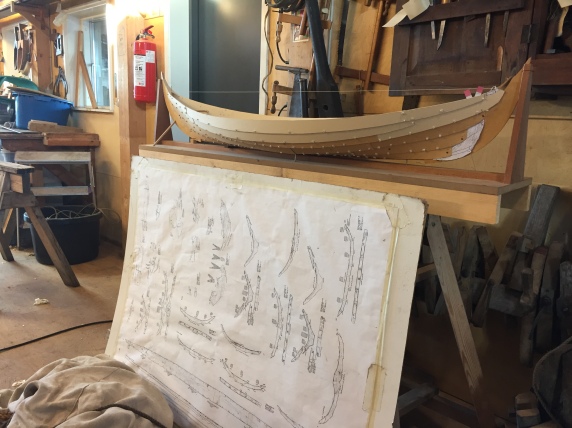 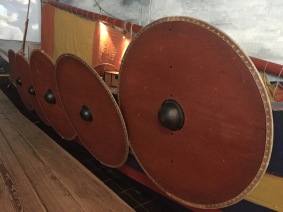 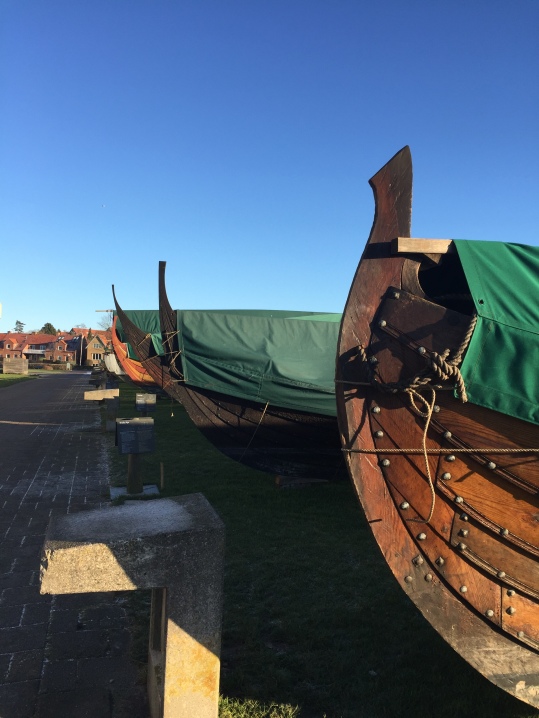 The Viking Ship Museum was sweet, especially for the Beloved who is a Vikings (History Channel) nut! A great museum showing casing preserved ships from 1030 (ish) plus leading Experimental Archelogy with a full division of the museum focused upon recreation and testing of ships from this era.  A beautiful and interesting museum in the Winter, and I can only imagine that it is a dynamic and hands on museum in the warmer months. 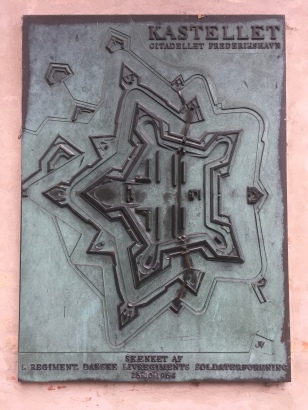 Copenhagen is steeped in history, and there are many places to go to “for free” to get a good feel of the city.  Of special note is the Kastellet, a star fort near the port.  What you may not know about me (but would surmise relatively quickly if you ever checked out my Pinterest profile) is that I find Star Forts fascinating.  To be able to walk around a star fort, over the moat and through the grounds of the star fort was amazing!  Currently the Danish Defence Force has a base of operations in the Kastellet, so you can’t just wander aimlessly around, but you do get pretty unfettered access to what I deemed the important bits 🙂

Upon arrival in Copenhagen, we asked our Airbnb host where was a good restaurant to go and sample traditional Danish fare.  He provided us with a name of restaurant that specialised in Smørrebrød which is an open faced sandwich consisting of Rye bread and then delicious toppings – seriously something that needs to be experienced (even if for the GF amongst us, it is just once).

Overall, I found Denmark a beautiful country, with a kind and friendly people.  I am of the view that I would like to return to Denmark again, and explore it more in depth.  Certainly, it’s on the “Would love to live here for a bit” list, and practically speaking we probably could only afford to come back when we are earning Kroner!